Folks, the abortion industry is reportedly a $1 Billion a year business. The king of the industry is Planned Parenthood and abortion generates almost 40% of its revenue. The queen of the industry was Planned Parenthood CEO Cecile Richards, a tall, blonde plain looking liberal with cropped hair and a toothy smile, who made over $590,000 per year leading the nation’s largest abortion operation. She is estimated to be worth around $4 million. Killing babies pays well. Richards and other co-leaders make millions from snuffing out the lives of innocent children in a supposedly NON-PROFIT business. Her organization receives $500 million a year in tax dollars. That means your hard earned tax dollars are paying for her salary. Remember, money is fungible, so even though tax dollars technically cannot be used for abortion it can be used for other things freeing up money to be used for abortion. Richards is a hero to the pro-abortionists but a Hitler to many of the pro-lifers fighting the infant holocaust she perpetuates. She is her own Joseph Goebbels Reich Minister of Propaganda for abortion. Showing up everywhere like the wind on TV or at rallies spreading the misinformation that deceives millions of young women each year. Telling them a baby is just a blob of goo and pretending to be FOR women ignoring the millions of innocent women killed through her business. Ignoring the racism in killing a disproportionate number of black babies as she makes her living aborting them.
We must reach the people she deceived with love not condemnation. As Richards worked to lead them into darkness we must work harder to lead them out. Our words must be of encouragement and comfort. These young women are hurting and confused. God’s word brings order out of chaos, understanding out of confusion, strength out of moral weakness. And we are winning. People are waking to the realization of the lie of abortion. We cannot ease our efforts, cannot rest on our laurels. The very lives of innocent children depend on it.  Click here to read article on Planned Parenthood
Posted by Rick Saccone at 4:30 PM 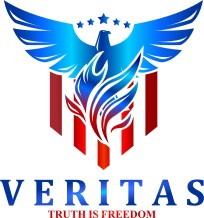